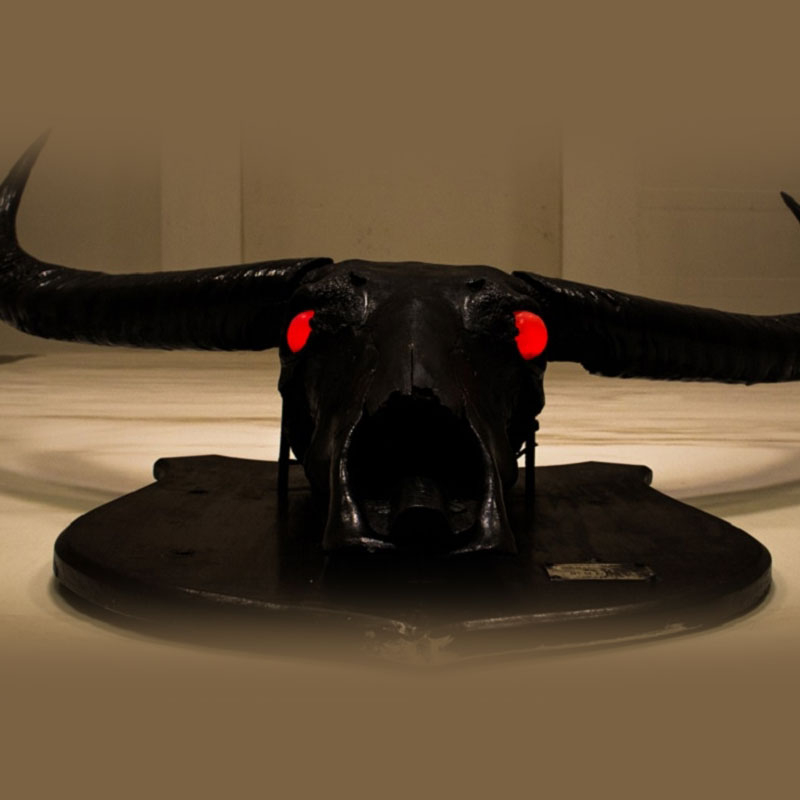 Ranchi Club boasts of a history of over 135 years. It has taken ages to build up a reputation. Its long and exceptionally successful saga stems from high standards of tradition, decorum and etiquette. Earlier generations have painstakingly worked for the development of the Club and have left a rich and wonderful legacy for the forthcoming generations.

Sons / daughters of the members between the age of 16 & 25 years of age living in the same house may be allowed to use the Club under such condition as the Committee may prescribe from time to time and they shall pay half of the monthly subscription payable by the members. Permission to allow such dependents of members to use the Club shall not entitle them to automatically become members.

All payments shall be made within 15 days of the date of issue of the bill and if payment is not made , the Hony. Secretary or Hony. Treasurer shall send to the defaulting member in a registered cover , a request for payment, a copy of this rule and a notice to the effect that his name will be liable to be posted if the amount be not paid within thirty days from the date of issue of the notice.

On expiry of this period, if the bills remain unpaid the member’s name and the amount due shall be posted on the noticeboard.

Any member so posted shall be debarred from voting or making use of the Club until his debt is discharged.

If the defaulting member shall fail to discharge his debt within one week from the  date of posting, the Committee shall be at liberty to remove his name from the list of Members and shall there upon cease to be a member of the Club.

A member leaving Ranchi shall give notice to the Hony. Secretary and apply for his bill in time to have it made out before his departure. If this is not done, or if a member leaves Ranchi without setting his club account, he will continue to be liable for the full subscription for each month until such notice is given to the Hony. Secretary and the full amount due from such member duly paid.

The Committee may call upon any member who fails to comply with any of the Article of Association Rules, Bye Laws, or directions of the Committee, or who may be guilty of conduct regarded by the Committee as prejudicial to the interests of the Club to show cause  why such conduct should not be dealt with by the Committee. The period to be specified in such notice shall be a matter at the discretion of the Committee.

Upon the receipt of any explanation

The Club House remains open for members from 6.00 AM till 11.00 PM. Club Bars and Kitchens close at 10.30 PM on week days and 11.00 PM on Saturdays and Sundays. Members are expected to order their food and drinks accordingly.

The Club remains open on all days of the year except on National Holidays or as specified by the Executive Committee from time to time.

Members can introduce guests provided that:

*No permanent resident of Ranchi or the vicinity thereof shall be so introduced.

*No particular guest shall be entitled to use the club for more than ten days altogether in a year.

*No person(s) who has been refused membership or is / are otherwise ineligible or whose presence the Committee has officially intimated to the member as undesirable, shall be so introduced.

*Guests must be accompanied by the members at all times.

*In all cases, members must register their guest in the Guests Register / fill up the requisite form and shall be responsible for all dues incurred by them.

*The Committee is empowered to allow / introduce guests on special occasions, residents of Ranchi, who are not members of the club.

*Members introducing guests must make sure that the guests’ conduct at the Club is in line with the Club’s ethos.

*The concerned members will be responsible for the conduct of their guests.

*Guest charges as fixed by the Executive Committee has to be paid by the concerned member.

*Members are requested to fill up the guest form in entirety.

*Dependents are not allowed to introduce guests at the Club.

*Outstation Guests: Such guests introduced by members, have to carry proper photo id with address proof with them while visiting the Club. It is mandatory to produce the same at the Club Reception. The photo copy of the Id will be retained by the Club for records. Outstation guests without a proper Id will be treated as local guests and a prior permission of the Hony. Secretary will be required for using the Club. The charges for outstation guests without proper ID proof will be the same as that of a local guest.

*Local Guests: As per Club Bye Laws, members are not allowed to introduce local guests (residents of Ranchi or its vicinity). Local guests can only be introduced with prior permission of Hony. Secretary. Local guests are not permitted to use the Club on Saturdays, Sundays and Club programme days.

A suggestion Box is placed at the Club Reception for members.

Ranchi Club is a cashless club. Payments for facilities used can be made by smart card only. Smart cards can be recharged at the Club office or on line through the Club app. For availing of credit facility, members have to sign on the bills.

Members can avail of credit limit for use of Club facilities up to a maximum amount of Rs. 5,000/- (Rupees five thousand only). On reaching the limit the concerned account is automatically locked, until the amount is paid to the Club. A notification is sent to members in this regard. The credit limit does not apply to the current bill.???

Defaulting members are notified by message and by post. Thereafter, the names of such members are put up on the Club notice board.  The Executive Committee may then take a decision to debar such members from using the Club and cancel the membership. The default amount may be recovered from the members’ caution deposit.

Touch Id at the Reception is now mandatory. Immediately after joining, new members and their dependents are requested to record their thumb impression at the Reception. Without the touch id, the billing process is not activated.

Members can host private parties at the Club as per prescribed rules and regulations. However, Members are not allowed to host parties in the Club on Saturdays, Sundays and programme days (except at Celebrations Hall & Garden and The Banyan court). It is compulsory for the Members who have made the party booking to be present at the party. See Party rules & regulations below.

(a) It is the responsibility of every member of the Club to ensure that the decorum, traditions, and etiquette of the Club are maintained.

(b) Members are expected to behave appropriately, while using the Club or while visiting the affiliated Clubs.

(c) Ranchi Club members are like one big family. Members are expected to ensure that their actions are in the interest of the Club. In case they notice  any inappropriate actions or behaviour on the part of other members, they are expected to bring this to the notice of the Executive Committee.

(d) Members are expected to use the Club property with due care and regard for its maintenance and upkeep.

e) For safety and dignity of others, members are not allowed to carry firearms or any item which may make others feel threatened

Conduct with other members and staff:

All members are required to maintain proper protocol and decorum while dealing with other members. The following actions are specifically prohibited as against the code of conduct.

Members, dependents and guests are expected to follow the dress code prescribed by the Club.

For safety and inconvenience to members, pets are not allowed in the Club Campus.

Attendants / body guards are not allowed beyond permissible limits of the Club premises i.e the Reception area of the Club. Ayahs are restricted only to the Playpen and Children Play Area.

Ranchi Club has a large parking space in its campus. For optimum use of space and for convenience of all, members and visitors are expected to park their vehicles in designated parking spaces and respect the non-parking zones. An area is earmarked for self-driven members’ vehicles and vehicles of differently abled persons. Rash driving, blowing  of horn is not expected in the Club Campus. Pedestrians have a right of way.

25%, if the booking is cancelled 7 days before the booked date including the day of booking.

50%, if the booking is cancelled 2 days before the booked date including the day of booking.

100%, if the booking is cancelled thereafter.

Bookings must be made by members only,  for personal parties / get togethers for self, spouse, dependents & parents.  Non- members shall not be allowed to host Party.

A maximum of 40% of heads may be non-member guests. Remaining 60% have to be members of RCL, their spouse or dependents.

The Club shall provide a sound system for recorded music only at club Tadka back lawns and lawns in front of T3. Karaoke Lounge has its own music system. No music shall be permitted at guest house lawn. Live/loud music is not permitted. This is to ensure that other members do not get disturbed due to the party.

The Club will provide tables, chairs, serving tables and basic lighting at no extra cost.  Members will be allowed to do additional lighting, use party Items or tentage from the Club’s authorised service providers, at an extra cost. Heavy decoration, party Items and tentage which may cause damage to the Club property / lawns or cause inconvenience to other members using the club shall not be allowed.

If a Member so wishes, the time can be extended by one hour only at Club Tadka Backyard and Karaoke Lounge with prior approval. An amount of Rs 50/- per plate will be charged extra for such an extension of time.

The venue charges (cover charges) are Rs.2,500/- (Rupees two thousand and five hundred only) plus GST, for each party for any of the venues i.e. Club Tadka Back Lawns, Karaoke Lounge, T3 Lawn and Guest House Lawn.

Note: There will be no venue charges for kitty parties organised during the time mentioned in point no. 7 (iii) above.

*Snacks, liquor & beverages shall be charged on actuals as per the Club’s menu rates.

*The charges for the main course shall be fixed separately based on the menu.

Outside catering and food, liquor & beverages brought from outside are not allowed in the Club premises

In case of any specific requirement, Members can get in touch with the contact person. The Club management reserves the right to book, cancel booking and amend these Rules and Regulations as it deems appropriate from time to time.

Or send email to : ranchiclub@gmail.com